One of the most important topics in chemistry is the concept of the common ion effect. In simpler terms, it is an effect that prevents one electrolyte from ionizing when another electrolyte is introduced. It is thought to be a result of Le Chatelier's principle. The term "common-ion effect" refers to the influence on an equilibrium caused by adding an ion already present in the solution. 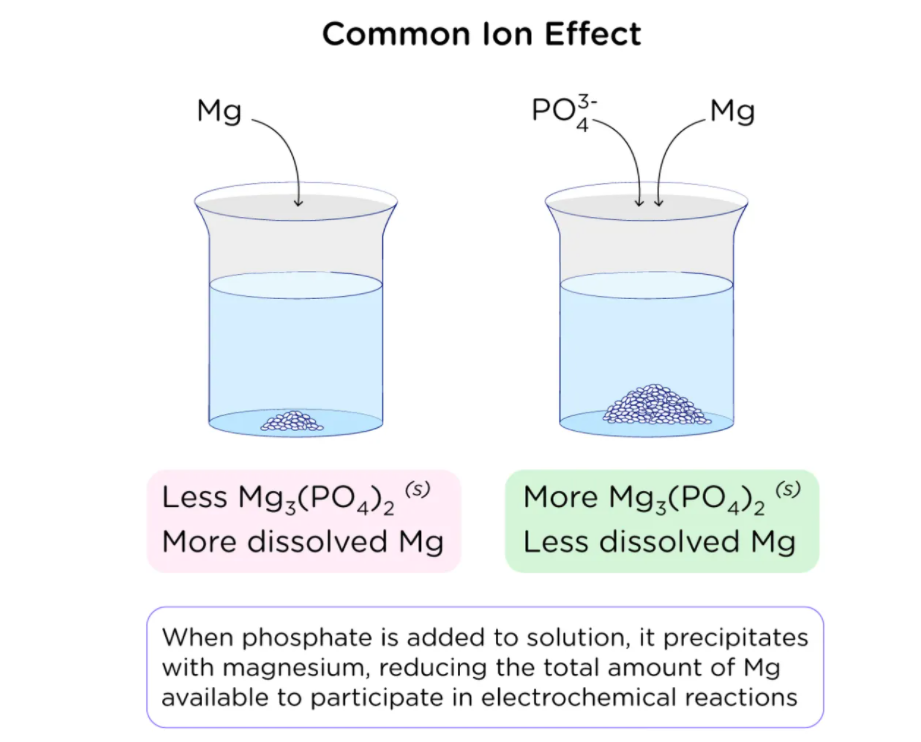 COMMON ION EFFECT IN CONTACT WITH WEAK ACIDS AND BASES

The addition of a common ion stops the weak base or weak acid from ionizing to an extent it would otherwise. The common ion effect prevents the ionization of a given weak acid by increasing the concentration of an ion which is a result of this equilibrium. 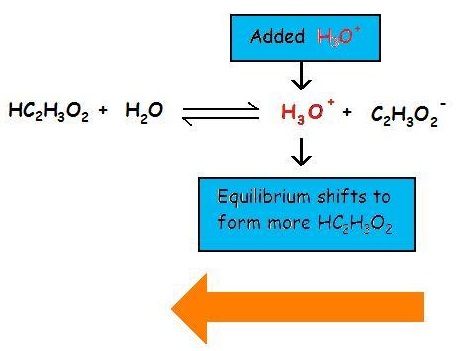 1. What is meant by the common ion effect?

The common ion effect is the decrease in the extent of the solubility of an ionic precipitate caused by adding a soluble chemical having a common ion with the precipitate to the solution. Ideally, this behavior results from Le Chatelier's principle for the equilibrium response of ionic association/dissociation.

2. What is an example of a common ion effect?

When sodium chloride (NaCl) is mixed in a solution of HCl & water, an instance of the common ion effect occurs. The products of the equilibrium between water and hydrochloric acid are H₃O and Cl-.

3. Where is the common ion effect used?

The common ion effect's influence in solutions is most observable in the lowering of solid solubility. The solubility of a molecule often decreases with the addition of common ions due to a shift in equilibrium. The common ion effect is also prominent in buffer management. Buffering solutions comprise an acid or basic, as well as its conjugate equivalent. The addition of additional similar conjugate ions will eventually cause the pH of the solution to change. Even when evaluating solution equilibrium after including the ions already present in the solution, the common ion effect must be considered.

4. What are a few applications of the common ion effect?

The common ion effect is employed not only for quantitative chemical analysis but also for compound purification. If the concentration of any of the ions in a saturated solution is reduced, more salt dissolves, and the equilibrium moves to the right, according to Le Chatelier's principle, until Ksp equals Qsp.

When the concentration of any of the ions is raised by adding an electrolyte, the equilibrium moves to the left according to Le Chatelier's principle until Ksp = Qsp. For gravimetric measurement, this effect is utilized to entirely precipitate one of the ions in the form of its sparingly soluble salt having a low solubility product.

We hope you enjoyed studying this lesson and learned something cool about Common Ion Effect! Join our Discord community to get any questions you may have answered and to engage with other students just like you! Don't forget to download our App to experience our fun VR classrooms - we promise, it makes studying much more fun! 😎