How do solutes affect the properties of solvents? By lowering the freezing point and increasing their boiling point.

When we dissolve a soluble solute in a solvent, the molecules of the solute move apart and become surrounded by the solvent molecules before entering into a solution. We can ensure complete solubility only when the intermolecular forces of solute and solvent are similar.

There are some ionic solutes that separate to form cations and anions when dissolved. This imparts an electric nature to the solution, and it starts behaving like a battery when supplied with an anode and cathode.

EFFECT OF SOLUTE ON THE SOLVENT

A solute is the substance that dissolves completely in another substance known as a solvent. When we add a solute to the solvent, it alters general properties of the solvent such as its freezing or boiling point. 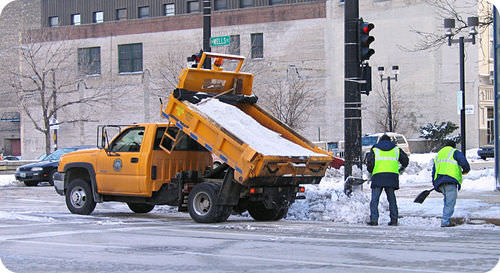 As discussed earlier, the boiling and freezing points of a solution change when we add a solute to it. This is why freshwater lakes freeze at 0°C, while the ocean water freezing point is -2.2°C.

We apply the principle of freezing point depression to melt ice during winters and clear roads. By adding salt over ice, we expedite the melting process. Similarly, those living in extremely cold conditions put a certain liquid known as antifreeze in their radiator to keep the engine running. The antifreeze lowers the temperature of the liquid present in the radiator.

The property of boiling elevation has its advantages in certain situations. For example, people add salt to meat to cook it perfectly at higher temperatures. People who live in hot, dry climates experience extreme heat, and when they run their vehicle in such conditions, the temperature of the liquid in the engine rises above 100°C and starts boiling. This damages the engine and leads to a breakdown. Adding antifreeze helps with this too by ensuring that the liquid in the engine doesn't boil at 100°C and keeps the engine running, even when the temperature goes beyond 129°C.

1. What is the relationship between solutes and solvents?

A solute alters the general properties of the solvent when it interacts with the solvent.

2. What are the effects of solute on a solution?

We hope you enjoyed studying this lesson and learned something cool about Properties of Solutions! Join our Discord community to get any questions you may have answered and to engage with other students just like you! Don't forget to download our app to experience our fun VR classrooms - we promise it makes studying much more fun! 😎