Vapor pressure can be defined as the pressure exerted by a vapor with a condescending phase at a given temperature in a closed system. It is done in a thermodynamic equilibrium state.

We have all seen our mother making tea or coffee in the kitchen. The first thing for making tea is to boil the water. Boiling the water can be done by anyone, but if we challenge you to boil water faster, how will you do it?

WHAT DOES A HIGH BOILING POINT MEAN?

A high boiling point measures the temperature at which a liquid boils. Similar to the melting point, a higher boiling point implies greater intermolecular forces and thus less vapor pressure. 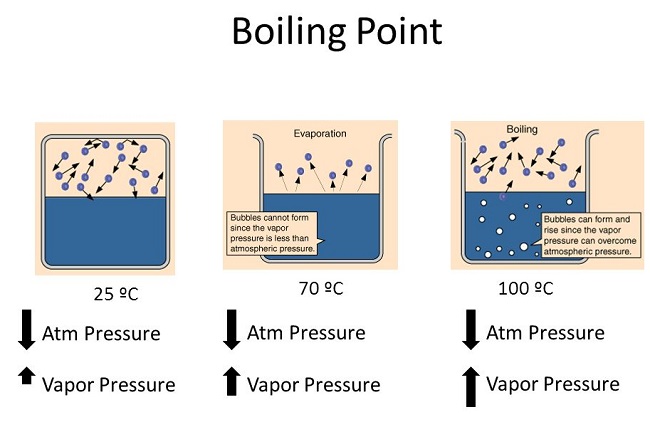 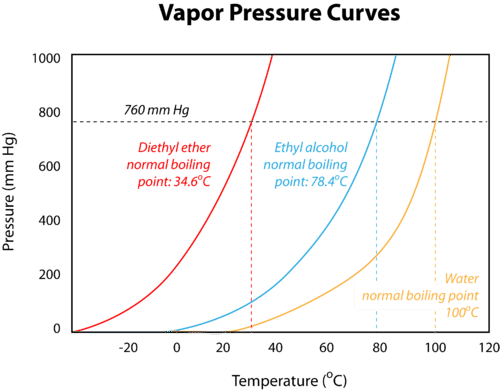 First method: Raoult's law for vapor pressure is as follows:

Second method: you can use the Clausius-Clapeyron equation:

1. What is the relationship between temperature and vapor pressure?

2. How do you read a vapor pressure-temperature graph?

Since temperature and vapor pressure are directly proportional to each other, their corresponding graph will be a straight line graph.

3. Which of the graph tells the relationship between boiling point and vapor pressure?

If the vapor pressure is high, it implies that the intermolecular forces are low. Thus, high temperature is not required resulting in a low boiling point. Since vapor pressure and boiling point are inversely proportional to each other, their corresponding graph will be hyperbola in shape.

4. What is the relationship between the boiling point vapor pressure and temperature of a substance and atmospheric pressure?

We hope you enjoyed studying this lesson and learned something cool about Vapour Pressure and Temperature Graph! Join our Discord community to get any questions you may have answered and to engage with other students just like you! Don't forget to download our App to experience our fun VR classrooms - we promise it makes studying much more fun!😎