A reagent that is totally consumed in a reaction is a limiting reagent. The amount of product is decided by limiting the reagent.

Imagine you were making pasta. You have chopped the vegetables, made the sauce, and were about to boil some pasta when you realize that the pasta is present in half the amount than you required. What will you do?

You will make the pasta that is available only. This is exactly what happens during a chemical reaction when one of the reagents is in a limited amount. Let’s understand the limiting reagent and which reactant is the limiting reactant a bit more!

The limiting reagent is a reactant that is totally consumed in a reaction. In simple words, the reagent limits the reaction as the amount of that reactant is limited. 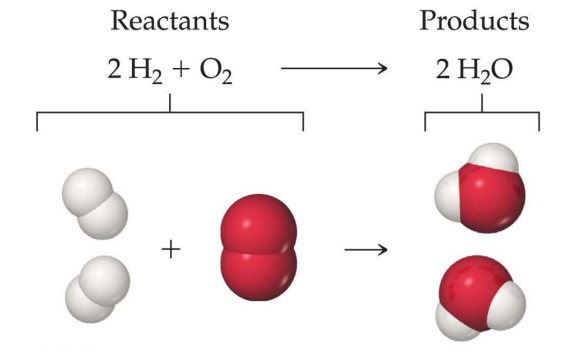 HOW IS THIS HAPPENING?

By use of a simple formula:

For the above reaction, the number of moles of H₂ required is twice O₂. This implies 3.125 x 2 moles of H₂ would be required, that is 6.25 moles.

The remaining moles of H₂ cannot react any further because the other reactant, O₂, is present in a limited amount. Because of that, O₂ limited is called a limiting reagent, and due to its limited amount, the reaction stops after it is fully consumed.

WHAT IS THE USE OF THIS CONCEPT?

1. What is a limiting reagent?

2. For the reaction N₂ 3H₂ → 2NH₃, if 1 mole of N₂ and 6 moles of H₂ are taken, which among the two will be limiting reagent?

For 1 mole of CH₄, 2 moles of O₂ is required. If we take 16 grams of CH₄ and 16 grams of O₂, then O₂ will become a limiting reagent.

We hope you enjoyed studying this lesson and learned something cool about Limiting Reagent! Join our Discord community to get any questions you may have answered and to engage with other students just like you! Don't forget to download our app to experience our fun VR classrooms - we promise it makes studying much more fun! 😎