We know that this circuit is neither a series nor a parallel, but it has the elements of both. This circuit has many paths for the current like in the parallel circuit, but there exists two sets of common points in the circuit. While solving the series-parallel combination circuit equation, you need to calculate the total resistance in both parts. To get a clear idea of how these circuits work, refer to the below given series and parallel circuit combined example. 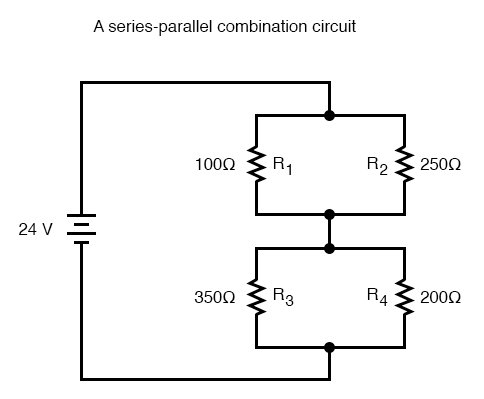 1. How do you solve combined parallel and series circuits?

2. What is the series-parallel combination?

It is a unique type of circuit that is connected in both series and parallel ways. The current remains the same throughout the circuit, and the sum of voltage all across the three resistors is equal to the other points' voltage.

3. What are the examples of series-parallel combinations?

4. What is the formula for series-parallel combinations?

5. What are the rules for series and parallel circuits?

We hope you enjoyed studying this lesson and learned something cool about Combined Series-Parallel Circuits! Join our Discord community to get any questions you may have answered and to engage with other students just like you! We promise, it makes studying much more fun!😎