The principle of laser is called stimulated emission of radiation. Learn how laser beams are produced and the properties of laser light.

Light sources are all around us. From the average incandescent bulb to the screen and flashlight in your phone, many gadgets produce light. However, there is a device that produces a special type of light. Have you ever played with a tiny laser pointer and wondered how it could travel for over a mile while the most powerful flashlight in your house can barely make it to the end of your street? Lasers are way cooler than you can imagine; let’s find out how! 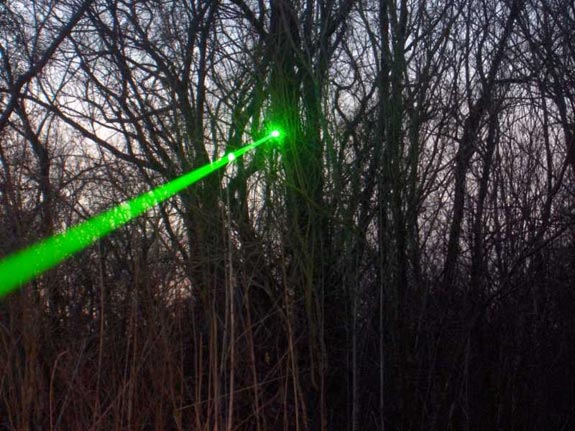 WHAT IS A LASER? 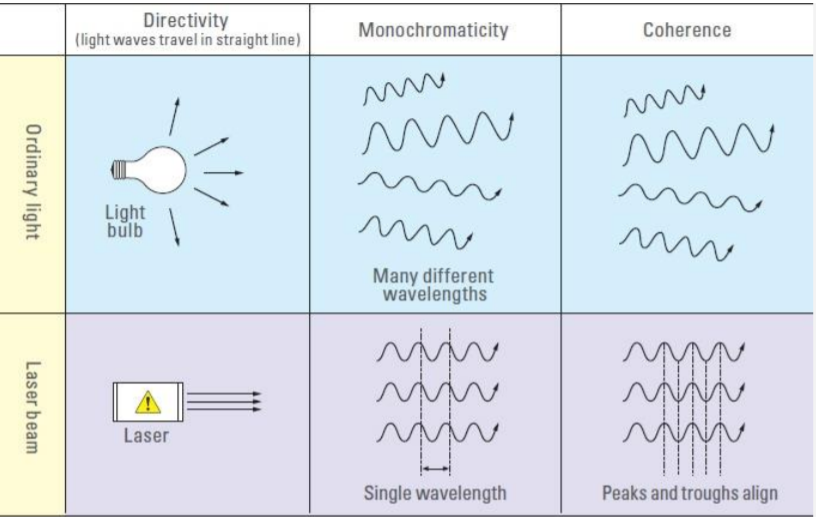 LASER stands for Light Amplification by Stimulated Emission of Radiation. Lasers are devices that produce a highly directional beam of light. Flashlights also produce some directionality by focusing light, but they’re nothing like a laser beam!

In a flashlight or any other ordinary light source, the photons have different wavelengths and are all out of phase (different points in their cycle). It can also be said that ordinary light is incoherent. Think of it as a battalion of soldiers running all around instead of marching towards the enemy.

HOW DO LASERS WORK?

The principle of laser is what is called as stimulated emission of radiation. Einstein considered what would happen if an atom already in an excited state gets struck by a photon of the same energy as the previous photon, which sent the atom into the excited state.

The light rays thus produced are monochromatic (same color or wavelength) and coherent. In a laser device, this light is made to follow a path such that it becomes highly directional. Think of it like the battalion marching in a straight line in tight formation!

A laser beam has these four properties:

WHAT ARE THE DIFFERENT TYPES OF LASERS?

Based on the medium used, lasers are classified into four types:

1. What are the three types of lasers?

The three most common types of lasers are:

Lasers work through the process of stimulated emission of radiation. A source of energy such as an electrical discharge or flash lamp is used to excite a gain medium that produces coherent light. The light is then amplified using mirrors to produce a laser beam.

3. What exactly is a laser?

LASER stands for Light Amplification by Stimulated Emission of Radiation.

4. What do lasers do to your body?

Depending on the output power of the laser, the light can affect your skin and eyes.

We hope you enjoyed studying this lesson and learned something cool about Lasers! Join our Discord community to get any questions you may have answered and to engage with other students just like you! Don't forget to download our App to experience our fun, VR classrooms - we promise, it makes studying much more fun! 😎