The dual nature of the wave particles examines the inability of the classical ‘wave’ or ‘particle’ concepts to fully describe the quantum behavior.

In the mornings, it's always lovely to see a ray of sunlight gleaming through our windows. But have you ever considered what light is and how it travels from the sun to us? Well, this was a significant question in the history of science, and the solution includes the names of some of the world's most brilliant thinkers. Let's look at this in more detail. 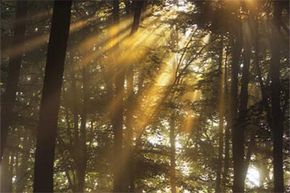 THE HISTORY OF THE WAVE-PARTICLE THEORY

Christiaan Huygens and Isaac Newton offered opposing ideas about the behavior of light in the 1600s. Huygens and Newton proposed a wave theory and particle theory, respectively. But Newton's fame aided in the acceptance of his theory, and for more than a century, Newton's hypothesis reigned supreme.

It was in 1905 that  Albert Einstein hypothesized that light travels as discrete bundles of energy in his article explaining the photoelectric effect.

The de Broglie hypothesis explored the question of whether such duality manifested itself in the matter. He stated that for a particle of momentum mv, the wavelength is given by ℷ=h/mv.

Matter, like light, appeared to have both wave and particle qualities when the conditions were correct. The wave-particle theory definition states that in Quantum theory, matter and light are made up of minute particles having wave characteristics. 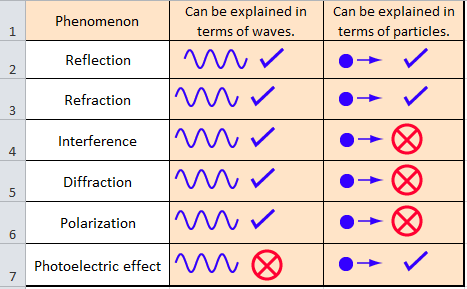 Q. What is the wave-particle duality theory?

Q. Who proposed the wave-particle theory?

Q. Which process describes the particle nature of light?

The photoelectric effect describes the particle nature of light.

We hope you enjoyed studying this lesson and learned something cool about Wave-Particle Theory! Join our Discord community to get any questions you may have answered and to engage with other students just like you! We promise, it makes studying much more fun!😎