Force is a physical agency we often take for granted. But what creates force, and how does it act on objects? Let’s find out!

Force is an essential agency that shapes the world as we know it. It comes into play any time something starts moving, comes to rest, or changes direction or shape. The playground is an excellent place to understand force. The swing your friend is sitting on won’t move unless you push or apply a force on it. The merry-go-round goes faster the harder you push. The ball won’t fly unless you kick it hard enough. In all these instances, you are applying force.

Going by the physics force definition, a force is a pull or push on an object (an example of this as a model).

Force can cause objects at rest to move, bring moving objects to rest, or change the direction of their motion. Force can also change the shape of an object (an example of this as a model); it is precisely what happens when you squeeze (crush) an empty soda tin in your hand. The scooter is a great example to understand how force works. 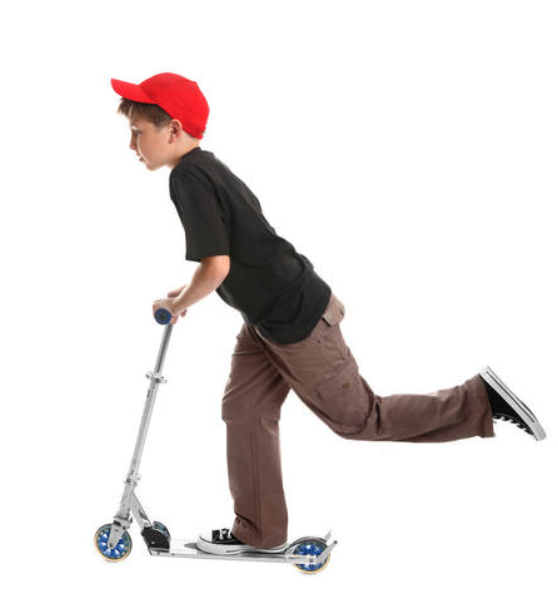 To get moving on your scooter, you will have to push against the ground to generate a force. To change direction while moving, you have to steer by applying a force on the handlebar with your arms. To bring your scooter to a stop, you will have to step forward to push (or resist) in the opposite direction of your motion. Newton’s Laws of Motion explain the principle behind how this works.

It states that all objects will continue to stay in a state of rest or in a state of motion in a straight line unless a force acts upon them. This phenomenon is called Inertia in physics. The scooter will continue to be in the same place unless you push off the ground and get it moving. If there were no friction to slow it down, the scooter would move indefinitely unless you stop it by applying force.

It gives a quantitative definition of force. It states that the acceleration of an object depends on the net force acting on the object, and it is inversely proportional to the mass of the object.

Mathematically the above statement can be expressed as the force formula: 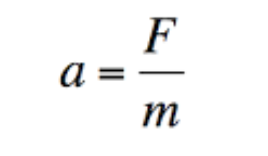 1. What does force mean?

2. What is the formula for force?

According to Newton’s second law, force is a product of mass and acceleration. F = ma.

We hope you enjoyed studying this lesson and learned something cool about Force! Join our Discord community to get any questions you may have answered and to engage with other students just like you! Don't forget to download our App to experience our fun, VR classrooms - we promise, it makes studying much more fun! 😎