The distance traveled by a wave in a particular length of time is referred to as wave speed.

The distance a wave travels in a particular amount of time, such as the number of meters a wave travels per second, is called the velocity of the wave.

Plucking a guitar string is an example of wave speed.

If someone plucks a guitar string, the strings appear to move in a transverse wave pattern. Although the sound wave is a longitudinal wave, the wave on the guitar is transverse. The particles in the string travel perpendicular to the wave's propagation direction.

Wave frequency is the number of waves that move per second. In addition, the duration is calculated as the reciprocal of the frequency of the wave. Wave wavelength is the distance between the corresponding points of two consecutive waves.

The above given four variables are affecting wave speed. 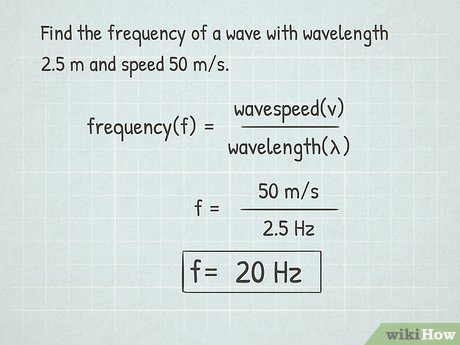 Q. What is wave speed?

The distance traveled by a given point (e.g., the summit) of a wave at a given time interval is the velocity in the case of a wave.

Q. Sound energy travels through matter in waves. Do sound waves travel faster through air or water? Explain your answer.

Liquids are not as densely packed. Gasses, on the other hand, are relatively loosely packed. This allows sound to travel much more quickly through a solid than through a gas. In water, sound travels four times quicker and farther than it does in air.

Q. What is the formula for the speed of a wave?

We hope you enjoyed studying this lesson and learned something cool about Wave Speed! Join our Discord community to get any questions you may have answered and to engage with other students just like you! We promise, it makes studying much more fun!😎