It's always entertaining to see fundamental science in action. Observing pieces of paper being drawn to a rubbed glass rod, for example, is always fascinating. But have you ever wondered why this occurs? What is it about the glass rod that attracts the paper shards? Answers to these questions can be found at the atomic level. These bodies are attracted to each other due to the presence of opposing charges in them. Let's take a closer look at this subject.

WHAT IS AN ELECTRIC CHARGE?

WHAT IS ELECTRICAL FORCE? 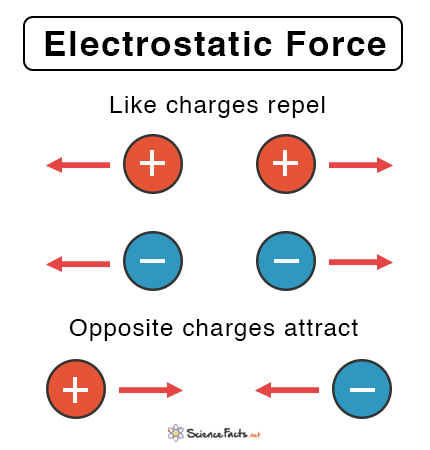 THE FORMULA FOR ELECTRICAL FORCE

The formula for electrical force is:

Q. What is the relationship between electric charge and force?

The electrical force between two charged bodies is directly proportional to the charge carried by the bodies.

Q. What is the electric force?

The electric force is the repulsive or attractive relationship between any two charged things.

We hope you enjoyed studying this lesson and learned something cool about Electric Charge And Electric Force! Join our Discord community to get any questions you may have answered and to engage with other students just like you! We promise, it makes studying much more fun!😎