direction of the electric field

Scientists have finally figured out why forces behave the way they do when two objects collide. But, it was difficult for them to comprehend the idea of forces acting without actually getting in contact with an object. Consider gravitational force, electric force, and magnetic force as starters. They used the concept of "field" to assist them in describing what was going on. They thought that there was a force field surrounding the item and that anybody entering it would experience it. Here, we'll study the concept of the electric field in detail.

WHAT IS AN ELECTRIC FIELD?

DIRECTION OF AN ELECTRIC FIELD 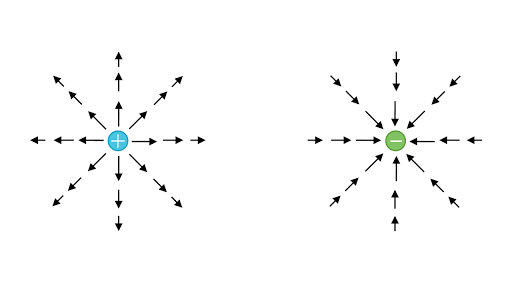 Q. What is meant by electric fields?

The surrounding area around any electrically charged item is defined as an electric field.

Q. Where is the electric field?

Electric fields can be observed in areas around the charge.

Q. What are electric fields examples?

We hope you enjoyed studying this lesson and learned something cool about  Electric Fields! Join our Discord community to get any questions you may have answered and to engage with other students just like you! We promise, it makes studying much more fun!😎