The average number of organisms per area or volume is known as population density.

Many variables restrict the quantity and expansion of the population. Some of them are density-dependent, while others are not. The increase in population increases the density, leading to scarcity of resources. This leads to competition in the ecosystem, which impacts survival and reproduction. Let's know more about what affects population density.

Independent of population density, density-independent factors influence the per capita growth rate. Examples include natural calamities, such as forest fires.

Diverse types of limiting variables can combine in intricate ways to generate different patterns of population expansion. Some populations exhibit cyclical oscillations, in which the size of the population fluctuates in a predictable pattern. 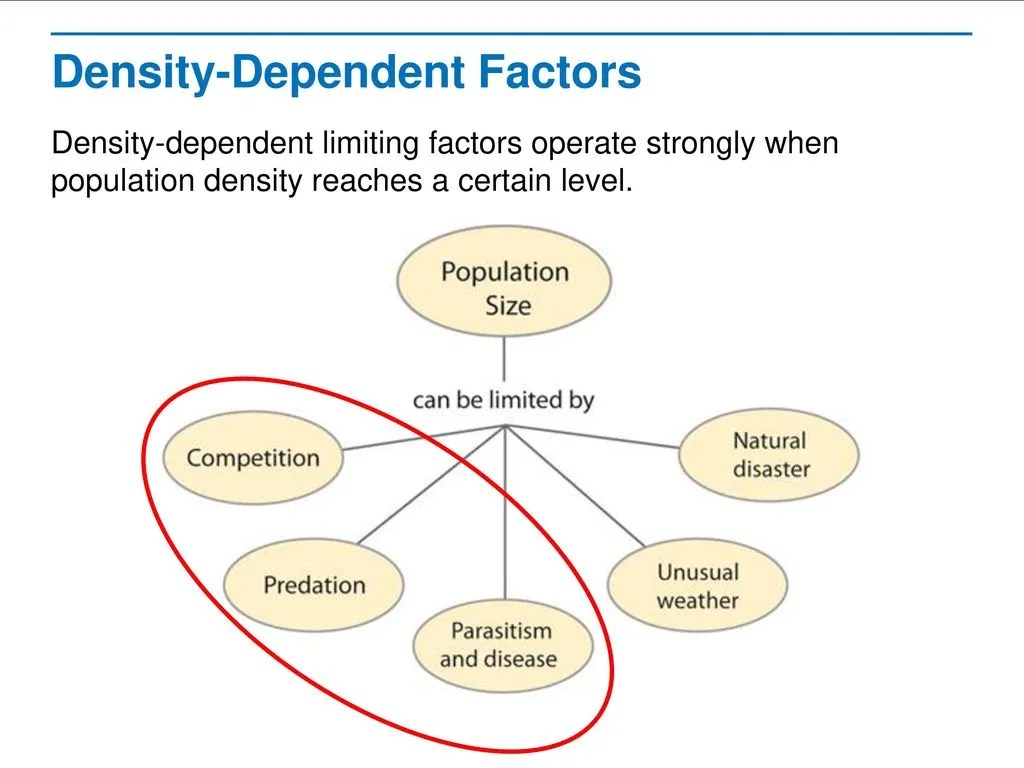 With rising population density, density-dependent limiting factors cause a population's per capita growth rate to change—typically, to decline. Competition among members of a population for scarce food is one example.

In ecology, a density-dependent factor, also known as a regulatory factor, is any force that influences the size of a population of living creatures in response to population density (the number of individuals per unit area).

The majority of density-dependent limiting variables are biotic—that is, they are connected to live organisms—rather than physical aspects of the environment.

The following are some instances of density-dependent limiting factors:

Behavioral or physiological changes in the creatures that make up the population can also be examples of density-dependent control.

Lemmings, for example, respond to excessive population density by departing in large numbers in pursuit of a new, less congested home. Because the lemmings occasionally drown while attempting to cross bodies of water, this procedure has been misconstrued in popular culture as a form of mass suicide. 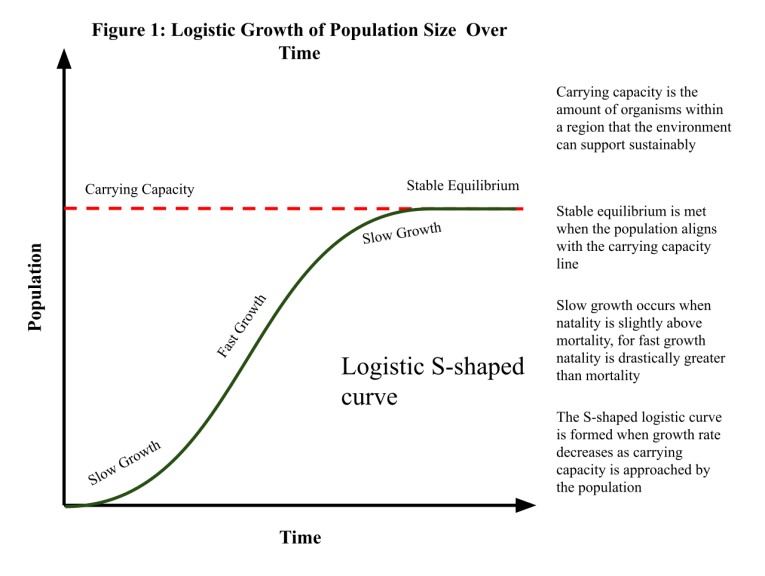 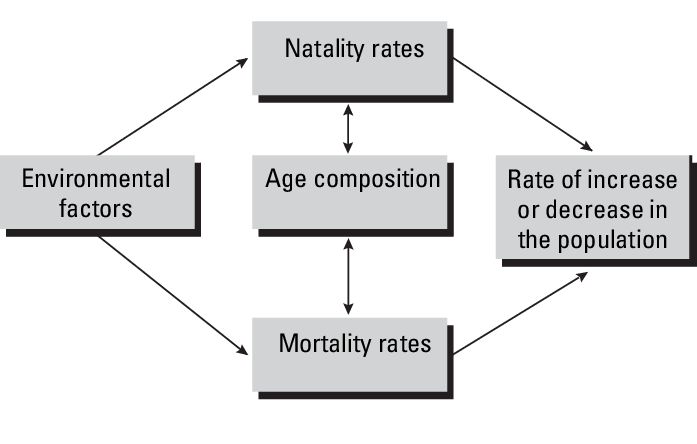 1. How does the density of a population affect competition?

2. What are the effects of low population density?

Low densities may trigger an extinction vortex, resulting in even lower fertility.

3. Which of the following factors affecting population growth is density-dependent?

5. What are the 4 factors that affect population growth?

We hope you enjoyed studying this lesson and learned something cool about the Effect of Density of Populations! Join our Discord community to get any questions you may have answered and to engage with other students just like you! Don't forget to download our App to experience our fun, VR classrooms - we promise, it makes studying much more fun! 😎