Frequency and wavelength are inversely proportional to each other. Hence it is important to know how to calculate the frequency from the wavelength.

The study of wavelength and frequency of waveforms are crucial concepts of physics and engineering. The relevant studies help to find out the relationship between them and eventually solve the required numerical.

The number of times an entire waveform passes a particular point in a specified period is called the frequency of the waveform. The frequency unit is Hz, which is the number of waveforms that recur in one second. The letters f and the Greek letters nu (ν) is the most commonly used symbols indicating frequency.

The distance between two consecutive crests or troughs of consecutive oscillations of a wave is called the wavelength of that particular wave. Both traveling and stationary waves have this property. It is measured in terms of distance such as mm, cm, meters, and so on and is represented by lambda (λ). 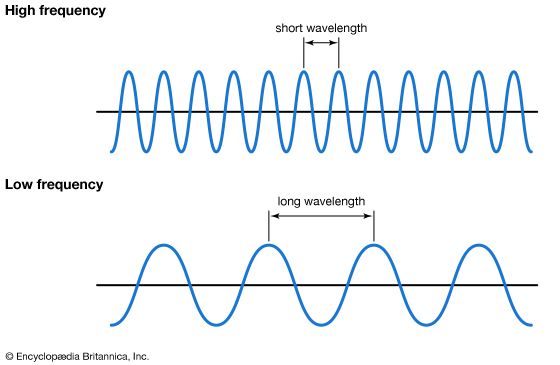 CALCULATION OF FREQUENCY AND WAVELENGTH 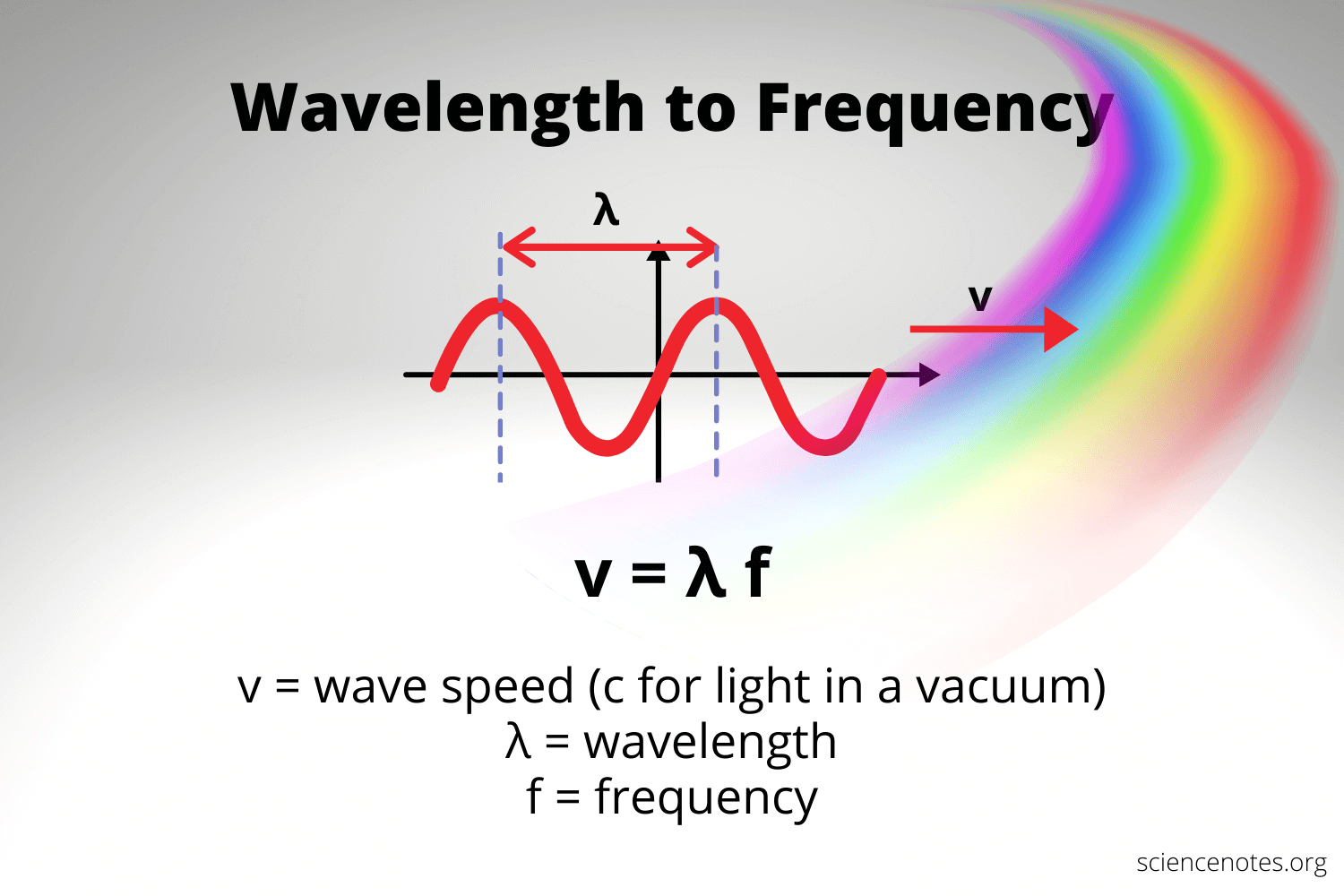 1. How do you calculate wavelength when given frequency?

2. What happens when you change the wavelength and frequency?

The frequency of a wave formula can be written as

3. What is the relationship between wavelength and frequency?

In the case of traveling waves, the wavelength of a wave is linked to its frequency and the speed at which it travels. A wave that completes more number of wave cycles in a fixed time — say 1 second is faster than its slower counterpart. Therefore, the velocity of a wave is crucial while calculating a wave's frequency. Two different waves with two different wavelengths can have the same frequency. Two waves, Wave A and Wave B with wavelengths 1 and 3 can have the same frequency only if Wave A can travel with a speed that is 3 times the speed of Wave B. The frequency equation is shown.

4. Are frequency and wavelength inversely related?

We hope you enjoyed studying this lesson and learned something cool about Wavelength and Frequency! Join our Discord community to get any questions you may have answered and to engage with other students just like you! Don't forget to download our app to experience our fun VR classrooms - we promise it makes studying much more fun! 😎