Static electricity shocks are commonly experienced when we wear materials that build up a static charge. A typical static shock can carry as much as 5000 volts! 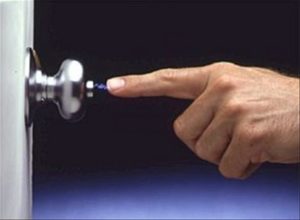 It’s a cold and dry winter day; you’re in your warm comfy woollen clothes and thick socks all day, lazing around in the room. You feel like having a warm cup of chocolate milk and proceed to the kitchen door. You reach for the knob and ZAP!

The electric shock almost makes you jump out of your skin. Cautiously tapping on the knob again, you check if that happened, and this time, there’s no shock. What was that all about? 🤔 As annoying as static shocks are, it’s a fascinating topic in physics.

WHAT IS STATIC ELECTRICITY? 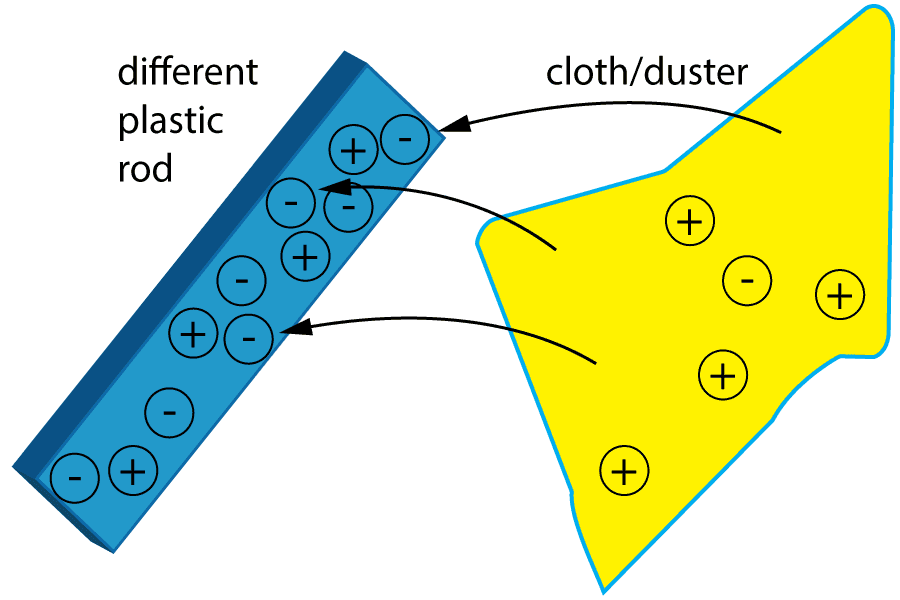 Static electricity is an electrical phenomenon caused by the buildup of electric charges on materials under certain conditions. All objects are made out of atoms that contain positively charged protons and negatively charged electrons. Since ancient times, it has been known that some groups of materials can acquire a static charge and do weird things like making a person’s hair stand or give shocks.

When these different groups of materials are repeatedly rubbed against each other, they tend to build up a charge through a phenomenon called the triboelectric effect. This static electricity can be released when the material is brought in contact with a neutral conductor or oppositely charged material.

The materials that can hold charges are listed in the triboelectric series. The further apart two materials are in the series, the greater is their tendency to create static electricity when rubbed against one another. 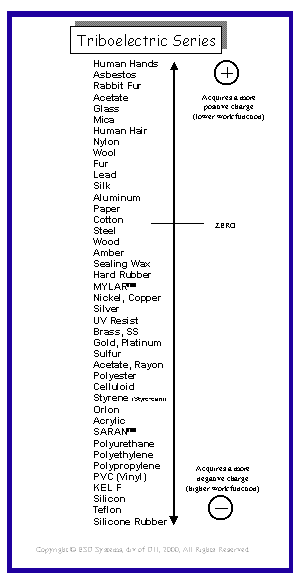 The table below shows different materials in the triboelectric series and their static charge polarity:

WHEN DO YOU RECEIVE A STATIC SHOCK?

Static shocks are most common during dry winters as we tend to wear warm clothes made out of wool and other synthetic polymers. Chances are your room has many materials which generate static electricity when you sit or walk around, slowly building up a charge in your body.

When you touch a metallic object, this charge suddenly flows to the metal, giving you a jolt at the tip of your finger. You don’t receive a second shock immediately after the first one because you haven’t built up a subsequent charge yet!

Static electricity may have been known since prehistoric times. The Greeks understood that static charges could be induced by rubbing certain materials together. However, a scientific examination of the phenomenon wasn’t conducted until 1600 when English physician and physicist William Gilbert published his work “De Magnete.” In 1752 Benjamin Franklin’s famous kite experiment shed more light on electricity, which paved the way for further studies.

1. What powers does Static Shock have?

Static electricity can build potential differences as high as 25,000 volts between the body and the ground.

2. How strong is a static shock?

Static shock can be very mild or strong depending on the built-up charge.

3. How do you stop static shocks?

Static shocks can be stopped by:

4. How many volts is a standard static shock?

The commonly experienced static shocks have a range of 5000 volts. People do not feel static electricity shocks that are less than 2000 volts.

We hope you enjoyed studying this lesson and learned something cool about Static Shock! Join our Discord community to get any questions you may have answered and to engage with other students just like you! We promise, it makes studying much more fun! 😎