Transcription is copying a segment of DNA into RNA. It is one of the basic processes that happen to our genome.

Transcription is one of the fundamental processes that happen to our genome. It's the process of turning DNA into RNA. The central dogma is the transformation of DNA, then RNA to protein. Well, transcription refers to that first part of going from DNA to RNA. And we transcribe DNA to RNA in specific places. Let's know more about this process in detail.

There are four stages of transcription: 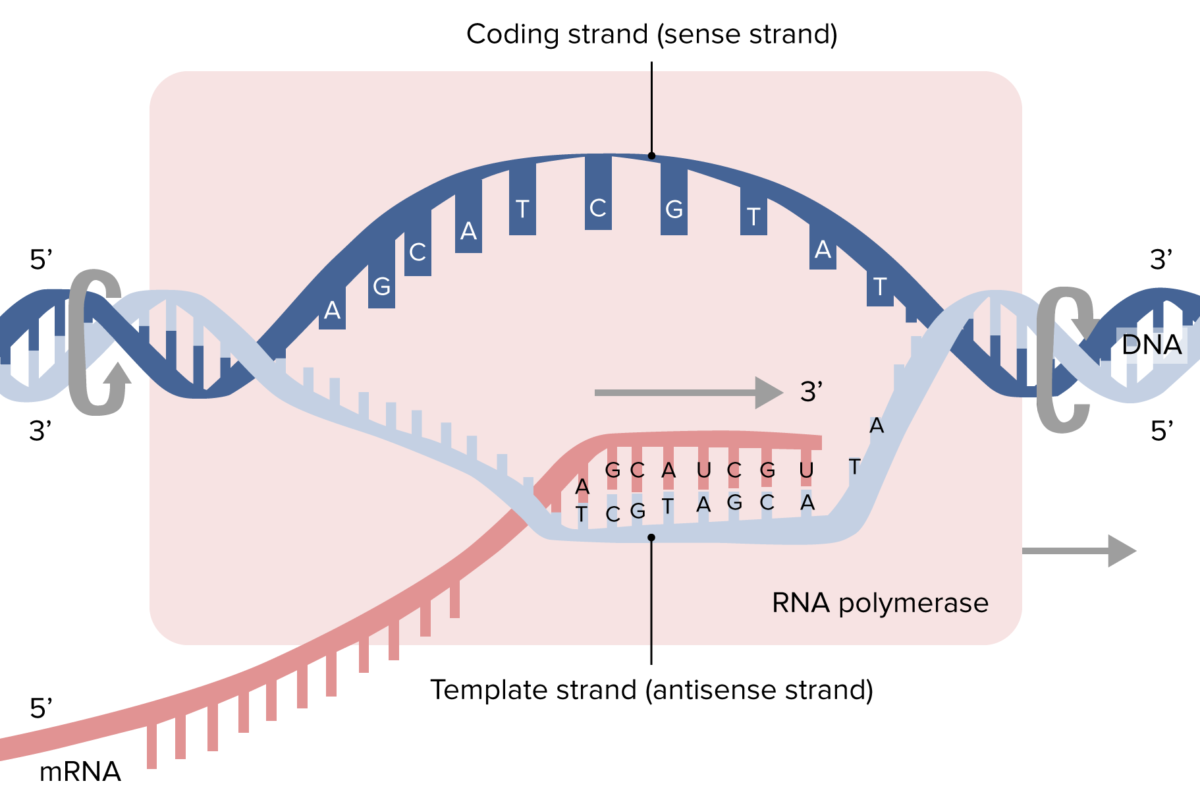 There are three main types of RNA transcripts directly involved in protein synthesis. They are:

While mRNA determines amino acid sequence, tRNA and rRNA are crucial for the mechanism of translating the mRNA code. The mRNA carries the message from the DNA. If a cell requires a certain protein to be synthesized, the gene for this product is turned on, and the mRNA is synthesized through transcription. Then this mRNA interacts with ribosomes and other cellular machinery to direct the synthesis of the protein it encodes during the translation.

RNA processing is the term collectively used to describe the sequence of events through which the primary transcript from a gene acquires its mature form. RNA processing occurs in a special structure within the nucleus called the nucleolus. The mRNA that was transcribed until this point is referred to as pre-mRNA. To convert this into mature mRNA, the following processes take place: 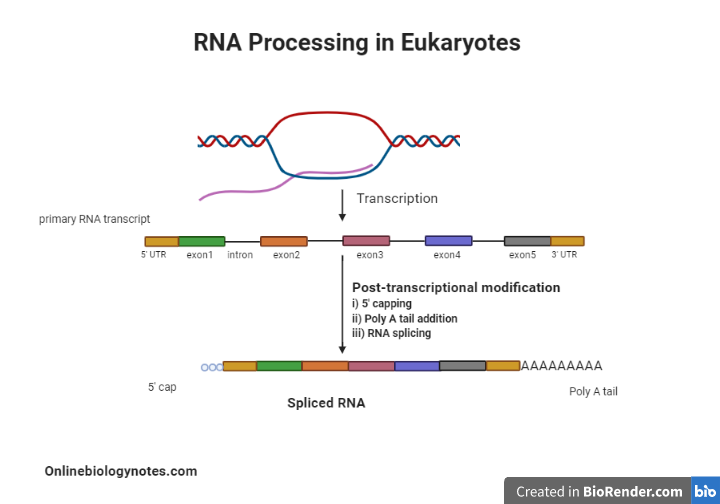 1. What is transcription and RNA Processing?

Transcription- Transcription is the process in which a gene's DNA sequence is copied, i.e., transcribed to make an RNA molecule. RNA Processing- RNA processing is the term used to express the collective sequence of events through which the primary transcript from a gene acquires its mature form.

2. Is RNA processing the same as transcription?

RNA processing can be described as a collective term to express the sequence of events through which the primary transcript from a gene acquires its mature form. In contrast, transcription is when a gene's DNA sequence is copied (transcribed) to make an RNA molecule.

3. Where does the transcription and RNA processing occur?

Transcription and RNA processing occurs in a special structure within the nucleus called the nucleolus. RNA then leaves the nucleus and goes to a ribosome in the cytoplasm, where translation occurs. The translation reads the genetic code in mRNA and makes a protein.

4. What are the four steps of transcription?

The four steps of transcription are:

The purpose of transcription is to make an RNA copy of a gene's DNA sequence. The transcript (RNA copies of individual genes) carries the information needed to build a protein for a protein-coding gene.

6. What is RNA translation?

Translation is the process in which the genetic code in mRNA is read to make a protein. In this process

We hope you enjoyed studying this lesson and learned something cool about Transcription and RNA Processing! Join our Discord community to get any questions you may have answered and to engage with other students just like you! Don't forget to download our App to experience our fun, VR classrooms - we promise, it makes studying much more fun! 😎