Natural selection is evolution's last force. This is the evolutionary process that Charles Darwin initially described in his book, origin of species. It is the image that most people think of when they think of evolution.

The concept of variation is central to Darwin's hypothesis, and it claims that the many features and adaptations that distinguish species also explain how species originated and diverged over time. Variations in organisms can be seen within domesticated species and across species in the wild world.

According to Darwin, heredity is the mechanism that keeps variations alive by passing qualities down from parents to children. What matters to Darwin about these variances is how they enable species to adapt and thrive in the natural environment. 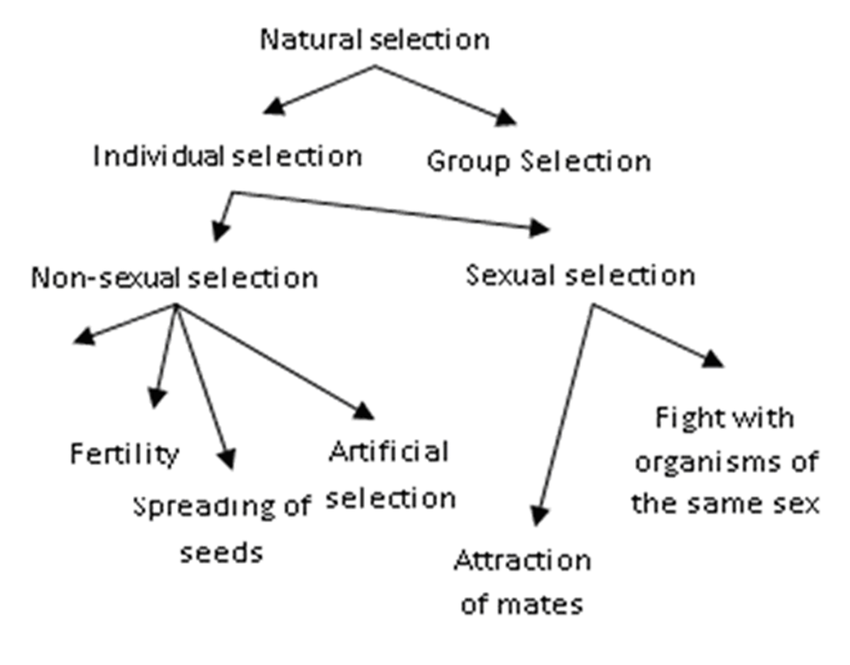 He presents various instances of variations that demonstrate the amazing adaptations that allow animals to live in their native settings, such as the woodpecker's beak for gathering insects, the bat's wings for flying, the porpoise's paddles for swimming, and so on.

Darwin theorizes that minute changes within a single species, such as differences in organism size, form, and color, are connected to more significant variances found between species. His theory of evolution describes how changes in the environment lead to the emergence of new species.

Natural selection is an important part of Darwin's theory because it explains the link between variety and species progression. Darwin contends that the prospect of endless population expansion is prevented by the boundaries of geography and natural resources, which will not allow an infinite number of creatures to exist, based on Thomas Malthus's premise of exponential population growth.

Due to scarcity of food, water, shelter, and other resources, species must participate in a "fight for life," resulting in survival competition. So, what determines which species will survive and which will perish? This is when "natural selection" enters the picture.

Darwin claims that creatures with "advantageous variations"—variations that enable them to adapt to their environment more effectively than other species—are more likely to survive. These favorable mutations will be handed down to the progeny of the organisms through inheritance.

1. What is Darwin's theory of the origin of species?

Darwin's theory claims that all creatures emerge and develop due to the natural selection of minute, hereditary differences that improve an individual's capacity to compete, live and reproduce.

2. What were the main points of the origin of species?

3. What did the origin of species explain?

It claims that the many features and adaptations that distinguish species also explain how species originated and diverged over time. Variations in organisms can be seen within domesticated species and across species in the wild world.

4. Why was the origin of species banned?

The most frequently banned science book is Charles Darwin's On the Origin of Species, initially published in 1859 and prohibited in 1895 for opposing Christian beliefs.

5. What was Owen's belief about the origin of species?

Owen, an ardent opponent of Charles Darwin's theory of evolution by natural selection, accepted that evolution took place but felt it was more complicated than Darwin's On the Origin of Species suggested.

6. Why was the origin of species so important?

Darwin's book popularized the scientific concept of natural selection, which states that populations evolve over generations. The book offered evidence that life's variety emerged from common descent through a branching evolutionary pattern.

Darwinism, or Darwin's theory of evolution, is separated into five parts: "evolution as such," "common descent," "gradualism," "population speciation," and "natural selection."

8. Is the origin of species easy to read?

The origin is quite easy to find. It is not technical; it was written for any educated person to read. While the style may not suit your taste, the book is not difficult to read. As a result, you may get a lot out of the origin without performing any preliminary research.

We hope you enjoyed studying this lesson and learned something cool about the Origin of Species! Join our Discord community to get any questions you may have answered and to engage with other students just like you! Don't forget to download our App to experience our fun, VR classrooms - we promise, it makes studying much more fun! 😎