Protists are all those eukaryotic organisms that are neither plants, animals or fungi and have evolved from prokaryotes such as bacteria.

What is Protist Evolution?

Some important characteristics arose in protists during their evolution as explained by the endosymbiotic theory and it's evidence. 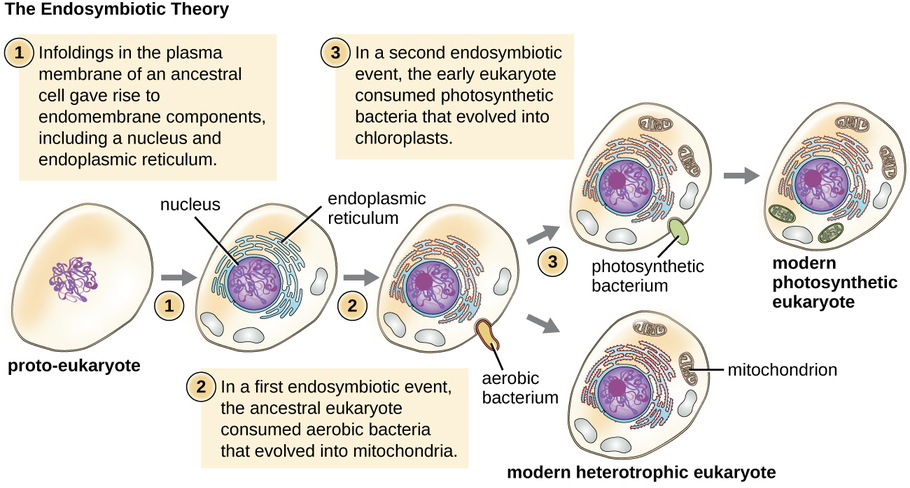 The Hatena evolution theory states that single-celled plants had engulfed photosynthetic bacteria and formed an endosymbiotic association with them, just like that between Hatena and Nephroselmis.

Hatena is a single-celled organism that has a green mass at its tip. When the organism divided, only one of the daughter cells, called Nephroselmis, received the green mass and was a type of an alga. This is called an endosymbiotic relationship in which one organism lives within another, and both of them benefit from the arrangement. The endosymbiotic theory and it's evidence is confirmed in such an example. 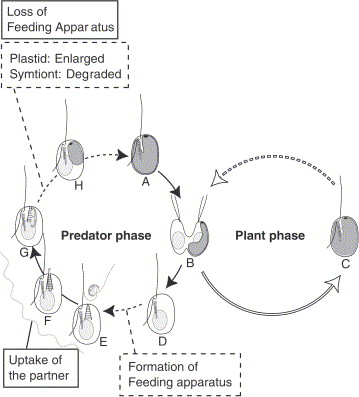 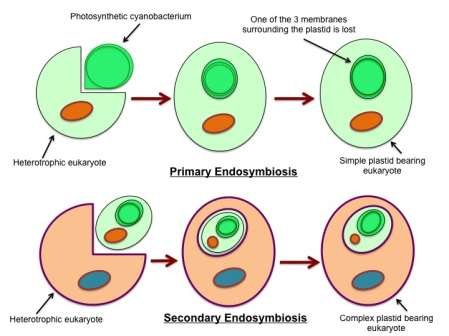 1. What are 4 important characteristics that have evolved in protists?

The protists have evolved from prokaryotes during which the nucleus divided via mitosis, histones were associated with the DNA, an endomembrane system and a cytoskeleton were formed, and they developed the ability to make flagella or cilia for movement from one place to another.

2. What are the characteristics of protists?

Protists have membrane-bound organelles, a membrane surrounding the DNA material. They can move and can reproduce sexually or asexually through complex life cycles.

3. What is the evolutionary importance of protists?

Scientific evidence points to that eukaryotic organelles as mitochondria and chloroplasts originated as prokaryotes that first lived within larger prokaryotic cells. Therefore, the protists evolved from the prokaryotic cells.

4. How do protists connect to evolution?

Protists have DNA material similar to the genetic material found in Cyanobacteria. This shows the evolutionary resemblance between algae and cyanobacteria and that the cyanobacteria were the ancestors of both green and red algae.

5. How do scientists classify protists?

Protists are classified as plant-like or algae, animal-like or protozoa and fungus-like or slime moulds.

6. When did unicellular protists evolve?

During the Precambrian age, the green algae or the unicellular protists evolved about 1.2 to 1.3 billion years ago.

We hope you enjoyed studying this lesson and learned something cool about Protist- evolution and characteristics! Join our Discord community to get any questions you may have answered and to engage with other students just like you! Don't forget to download our App to experience our fun, VR classrooms - we promise, it makes studying much more fun!😎