Salt From The Sea Study Guide

Common salt is derived from seawater, a solution of salt and water, by the process of evaporation.

Salt is one food flavoring that we don't even think about most times. Apart from being used as a seasoning, it is also used to preserve foods! It is the one seasoning that's common to all cultures and cuisines. Have you ever thought about how salt is so easily available worldwide? Look to the sea for the answer. Yes, we owe the sea for gifting us the deliciousness of salt. You might wonder how we get salt from the sea. It just so happens that seawater is a solution of salt and water. All we have to do to get salt is collect some seawater and let the water evaporate away, leaving the salt behind for us to process and use. The science of sea salt chemistry is absolutely fascinating; let's see more.

IS SALTWATER A SOLUTION OR A MIXTURE?

The two compounds, water, and salt, are combined uniformly in seawater. These compounds can be separated by the physical process of evaporation. Therefore, seawater is a mixture. Now, does sea salt dissolve in water? This can be answered by another question: Is salt and water a solution? We know that salt dissolves in water. Therefore, seawater is also a homogeneous solution. At this point, it could be incredibly helpful to understand how salt and water form a solution.

UNDERSTANDING THE POLARITY OF WATER 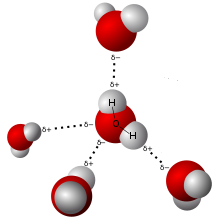 The Oxygen molecules have more electrons than the hydrogen atoms, leaving the Oxygen atom slightly negatively charged and the Hydrogen atoms slightly positively charged. Because of this, even though the net charge of a water molecule is zero, water is polar. We'll soon see why this is important to understand the interaction between salt and water.

Common salt is Sodium Chloride (NaCl), an ionic compound of sodium and chlorine elements. The bond between the Sodium and Chlorine atoms is formed by the Sodium atom donating one electron to the Chlorine atom, and this bond is highly electronegative.

WHAT HAPPENS WHEN SALT AND WATER ARE COMBINED?

THE COMPOSITION OF SEAWATER

1. Why are salt and water a solution?

Salt dissolves in water to form a solution.

2. What kind of mixture are salt and water?

When salt and water are mixed together, salt dissolves in water and becomes uniformly distributed in the mixture, thus making it a homogeneous mixture.

3. What solution do salt and water make?

Salt and water form a homogeneous solution when combined.

4. Is saltwater a homogeneous mixture?

Yes, salt dissolves in water and is combined uniformly to form a homogeneous mixture.

We hope you enjoyed studying this lesson and learned something cool about Salt From The Sea! Join our Discord community to get any questions you may have answered and to engage with other students just like you! Don't forget to download our app to experience our fun VR classrooms - we promise it makes studying much more fun! 😎