The pattern of diffraction of light in the single-slit experiment is different from those formed by double slits. 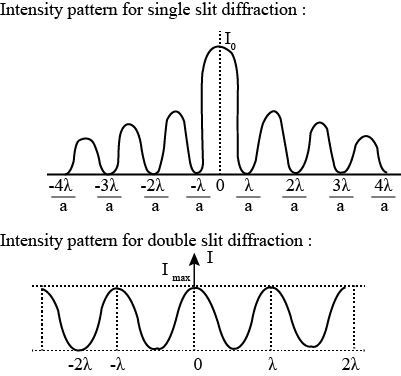 The double-slit experiment patterns differ from the single-slit diffraction pattern as the width and intensity reduce as we move away from the central maximum. 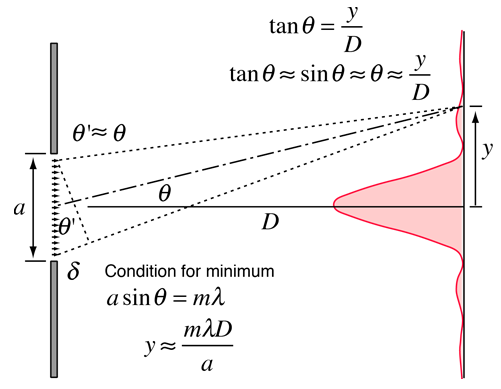 The dark fringes appear at a sin θ = mℷ

The angular width of the central maximum is 2θ = 2λ/a

The linear width of central maxima is  2λDa.

∆L is the path difference

λ is the wavelength of the projected light

D is the distance between a slit and a screen

a is the  slit width

And θ is the angle made with the undeviated direction of light.

Q. What is the condition for constructive interference?

For the constructive interference to take place, the phase difference between the two waves must be an even multiple of pie.

Q. What is the condition for destructive interference?

For the destructive interference to take place, the phase difference between the two waves must be an odd multiple of pie.

Q. What is temporal coherence?

The average correlation between the value of a wave and itself delayed by any pair of times is known as temporal coherence.

We hope you enjoyed studying this lesson and learned something cool about Single Slit Diffraction! Join our Discord community to get any questions you may have answered and to engage with other students just like you! We promise, it makes studying much more fun!😎