Ecologists who study populations use several mathematical methods to understand the growth patterns of any given population of organisms. The increase in the population of any group of organisms depends on a number of factors that decide the population growth curve. Based on the parameters of the equations, accurate predictions can be made about how quickly the numbers can increase and where it tapers off. 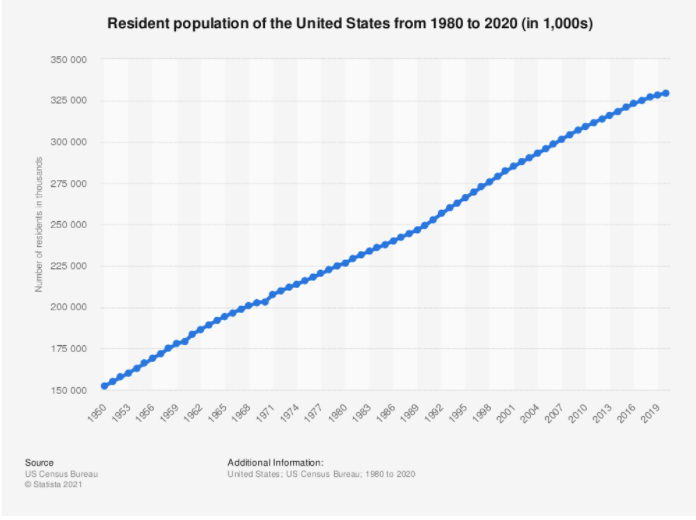 Factors That Determine the Growth Rate

The population growth depends on factors such as birth rates, death rates, and migration. A simple mathematical relation can determine the growth rate:

Other factors that influence growth rate include:

What are the different population growth curves? 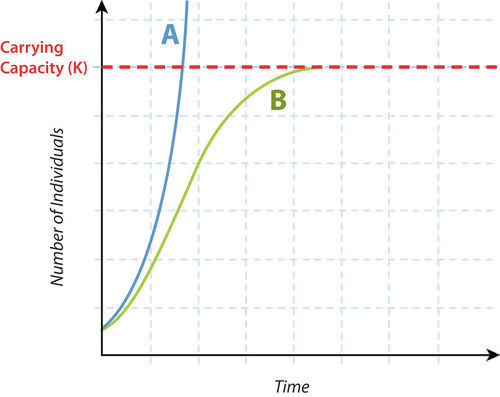 Logistic growth is seen in most populations living in realistic conditions with limited space and resources. Since neither space nor resources are infinite, the growth rate starts to taper as the population density reaches a stage where it runs out of food or is poisoned by its waste.

The characteristics include logistic growth curve:

In living in stable environments, the population growth is controlled by the carrying capacity factor (k). As shown in the figure for logistic growth, these organisms have populations that are k-selected. Their numbers increase until the point where the population tapers off as the limits of space and resources are reached.

In populations that live in unstable environments where the whole population can be disturbed or destroyed in a short time, the growth pattern is said to be r-selected. The variable r is the growth rate defined earlier as the difference between the birth and death rates. The (r) usually corresponds to the first part of the exponential growth curve before the growth is interrupted/reset by unstable environmental factors.

1. What is a growth pattern?

A growth pattern refers to the population curve of a species. Depending on the limiting factors of the environment, the curve follows a specific shape such as a J or an S curve.

2. What are the four main patterns of population growth observed in nature?

The 4 main types of growth patterns include:

3. What is the pattern of population growth in the world?

The world is currently seeing a declining growth pattern, and it went down from a 2.2% decrease per year 50 years ago to 1.05% per year at present.

4. Why is population growth important?

Population growth is important because the aging population increases every year, and there will be economical implications. A steady working population is needed to keep the economy running smoothly.

We hope you enjoyed studying this lesson and learned something cool about population growth and growth patterns! Join our Discord community to get any questions you may have answered and to engage with other students just like you! Don't forget to download our App to experience our fun, VR classrooms - we promise, it makes studying much more fun! 😎