The amphibians are thought to have evolved from the lungfish about 370 million years ago during the Denovian period.

Amphibians are species from the Class Amphibia of the Phylum Chordata. These are a diverse class of animals, such as frogs, toads, salamanders, caecilians, etc., that can live both on land and in water. They possess soft and sticky skin and respire through their gills and lungs. ADAPTING TO STAYING OUT OF WATER 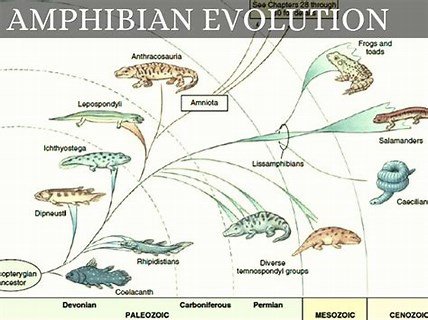 The Ecology of Amphibians:

Frogs can be found in a variety of habitats.

The salamanders and newts have a more restricted distribution:

Caecilians live in an existence that is more earthworm-like than more amphibian-like.

1. What is the ecological role of amphibians?

Amphibians play a pivotal role in ecosystems as secondary consumers in many food chains. Tadpoles have a significant impact on nutrient cycling. Adult amphibians are the best biological pest controllers.

2. What evolutionary tools do amphibians have to be successful on land?

In order to be able to live on land, amphibians replaced gills with lungs as the respiratory organ. Other adaptations include skin that prevents water loss, eyelids that allow them to adapt to vision outside water, and limbs as the locomotory organ.

3. What are the three reasons for protecting amphibians?

Amphibians play an important role in nature as prey and predators. They eat pest insects, which benefits agriculture worldwide and helps minimize the spread of diseases.

4. Who proposed the amphibian ancestry theory?

It was proposed by Darwin to discuss evolutionary notions in his famous work " A naturalist's voyage around the world ".

5. Did amphibians evolve before reptiles?

Yes, amphibians evolved before reptiles. The first reptiles evolved from an amphibian ancestor at least 300 million years ago.

We hope you enjoyed studying this lesson and learned something cool about Amphibians - Evolution and Ecology! Join our Discord community to get any questions you may have answered and to engage with other students just like you! Don't forget to download our App and check out our awesome VR classrooms- we promise, it makes studying much more fun!😎