In molecular biology and genetics, translation is described as the process in which the ribosomes in the cytoplasm synthesize proteins. Along with transcription, the entire process is known as gene expression.

If we try to understand the literal meaning of 'translation,' it would simply mean "to carry across." In the case of gene expressions, what is being translated is the information originally included in DNA and was already present in the genome. Then it gets transcribed into messenger RNA, and later that information is translated from the messenger RNA to a protein.

There are three key steps of translation. Each of these steps is associated with different proteins. At every step, ATP and GTP are used as energy sources. 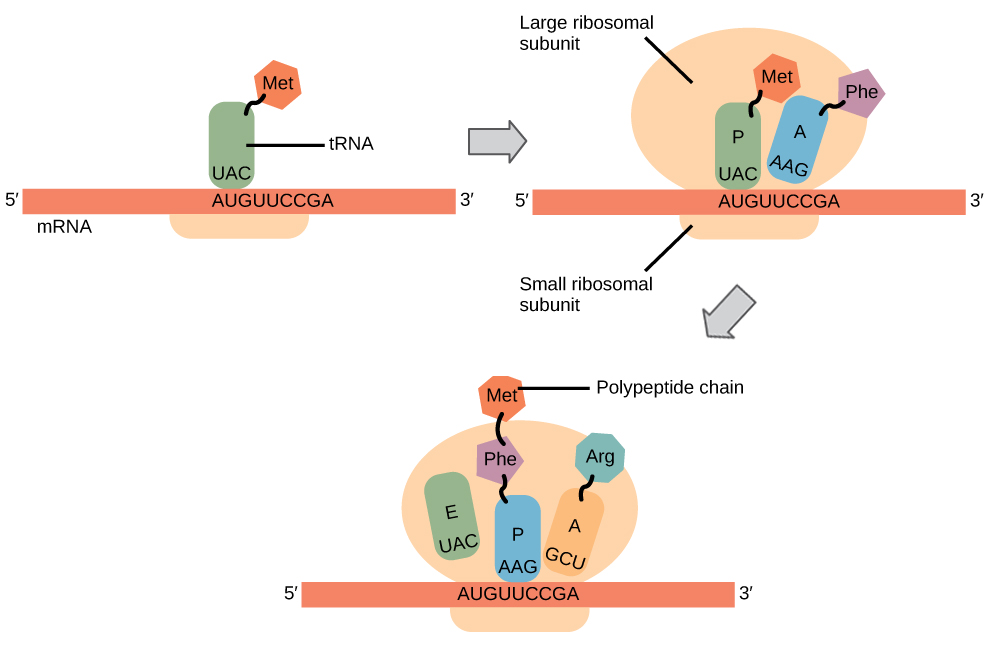 The salient features of translation are:

Difference between transcription and translation

The process of transcription and translation are together termed gene expression.

Regulation of gene expression is described as a process of turning genes on and off. It involves a wide range of mechanisms used by cells to increase or decrease the production of specific RNA or protein. During early development, cells begin to take on specific functions. Gene regulation ensures that the appropriate genes are expressed at the proper times. 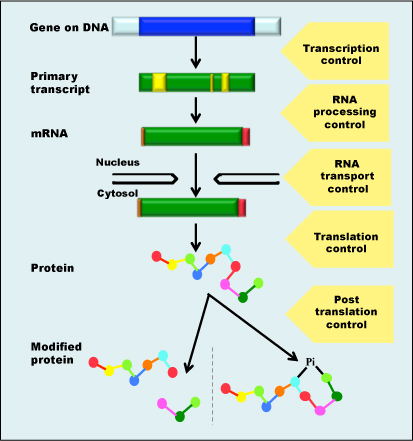 Gene regulation is essential for viruses, eukaryotes, and also prokaryotes as it increases the versatility and adaptability of the organisms by allowing the cell to express protein when needed.

1. How is gene expression regulated in translation?

Gene expression is regulated on two levels. First, transcription is controlled by limiting the amount of mRNA produced from a particular gene. In the second level, mRNA translation into proteins is regulated through post-transcriptional events.

2. Can gene expression be regulated during translation?

Gene expression is regulated at multiple levels, including the translation of mRNAs into proteins.

3. What is the relationship between translation and gene expression?

The translation is the second major step in gene expression. The mRNA is "read" in translation according to the genetic code, which relates the DNA sequence to the amino acid sequence in proteins.

4. Does gene expression include translation?

Yes, gene expression includes translation. It is the second step after transcription.

5. What is the difference between gene expression and gene regulation?

6. Can gene expression be regulated before transcription?

We hope you enjoyed studying this lesson and learned something cool about Translation! Join our Discord community to get any questions you may have answered and to engage with other students just like you! Don't forget to download our App to experience our fun, VR classrooms - we promise, it makes studying much more fun! 😎